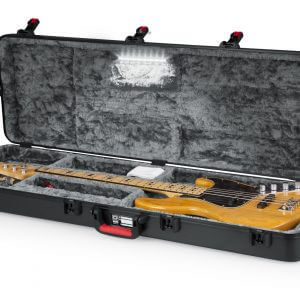 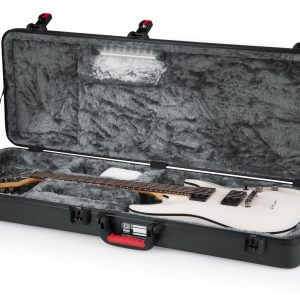 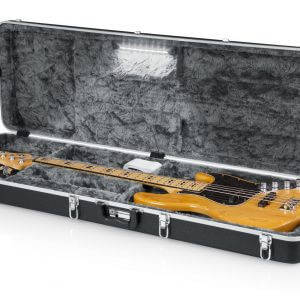 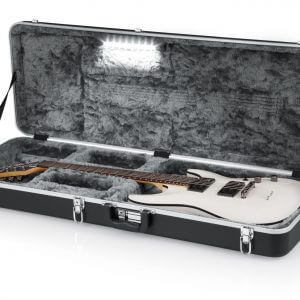 About Us The Gator Story Gator Cases was founded in 2000 by father-daughter team Jerry Freed and Crystal Morris in Tampa, Florida. Initially, they launched with a small offering of molded plastic guitar cases at the Summer NAMM show in Nashville, Tennessee. From there, they expanded the product line to include case and bag solutions [...]

Tampa, FL – Since we couldn’t get together at trade shows, Gator decided to take the show to the customers and created a one-of-a-kind virtual experience to connect with customers and introduce its new products. Gator released over 15 new products, including a new addition to its popular Frameworks seat line, two new power supplies, …

This is a critically important time for our nation and the world. We are heartbroken, angry, and hurt over the injustices and prejudices towards the black community. “This affects every human being, regardless of race, and we have a responsibility to ourselves and others to be better,” said Crystal Morris, Gator Founder and CEO. “Gator …

Gator Cases just released the new Guitar Pedal Power Supply Series, offering a unique and stylish power bank solution for pedalboards (GTR-PWR-5 and GTR-PWR-8). Now with the innovation of Gator Cases, any musician can power up their playing with style and efficiency.

Gator released a new series of GHELIXFLOOR cases for line 6 Helix Guitar Multi-Effects Floor Processors in two sizes that offer protection, durability and mobility. These cases are a must-have accessory for the any traveling musician. Constructed of a virtually indestructible polyethylene shell with removable foam blocks, padded divider and soft interior, this case is …

TAMPA, FL – This week, at the 2019 NAB Show, April 8-11, Gator will showcase products released this year, including a new product line of camera bags. On April 1, Gator launched a new Creative Pro Series of video/photo professional carry/wheeled bags (GCPRVCA) in five sizes that offer protection, durability comfort for professionals and enthusiasts to …

LED Edition Guitar Cases from Gator Cases Wins Editor’s Choice Award   Gator Cases launched its brand new line of LED edition guitar cases at the Summer Namm Festival in Nashville on July 13-15, 2017. This festival boasts thousands of attendees, including representatives from Music Inc. Magazine, which has been named one of the …

Gator Cases sets a new standard for the music case industry by releasing a first-in-class versions of guitar cases – all featuring an interior LED light fixture. This new line of LED guitar cases is called the LED Edition, and it is available in options for bass and electric guitars. The key feature …

Gator has bridged the gap between a durable guitar case and portable gig bag with the release of the new Transit Series. The new gig bag series wields a weather resistant, fashion-forward design available in a Camel Tan or Charcoal Grey blended fabric exterior. Gator’s Transit Series is ready for any journey by giving you …

The Gator iD Series Mic Stand is the Lamborghini of all mic stands. It is sleek yet rugged and stable yet light. The clamps make it incredibly easy to dial in the perfect angle, and I’ve already gotten compliments from sound guys, musicians, and fans alike. These should be the new industry standard stands for …

With the huge and ever increasing pedal market offering up new models faster than you can keep up with players have been more and more focused on their setups and keeping them together. The fascination and need for a usable pedal layout has lead to many new pedal board designs and makers to accommodate a …

We all should know Gator Cases by now. They have been around since before many of us were playing music and have been delivering transport and storage solutions for musicians and roadies alike. So, this month I was given a couple of Gator products to look at, both of which come together as the perfect …

Premier Guitar magazine includes a monthly feature titled ‘Tools for the Task’ in which their guitar enthusiasts take a hard look at the various options available for ever piece of a gigging players rig. Gator Cases Pro-Go series guitar gig bag was recently featured in ‘Tools for the Task‘. Gator Pro-Go Series Guitar Gig Bags …